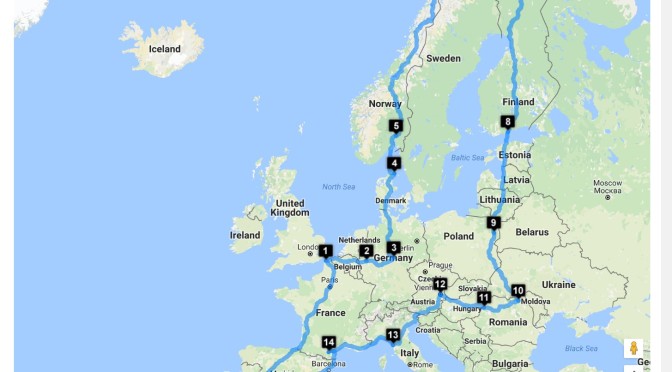 After having a good discussion with someone who has done the route we are planning in Russia, I’ve decided that it isn’t going to be worth the £350 it is going to cost in documentation to do it.   Whilst the save is then how cheap it is in Russia itself, the truth for that section of Russia is that it is flat, flat and more flat surrounded by trees.  Villages of old women (low live expectancy means the men die early) and towns that were built and remain very much in the industrialised soviet era – I was left with the impression that there is a better cultural experience of Russia to be had and perhaps we can do it another time.

The decision now is to go to Nordkapp in Norway, the northern most point in Europe, via Norway, then down through Finland to the Baltic states, Romania, then start heading towards Gibraltar then back to Calais. 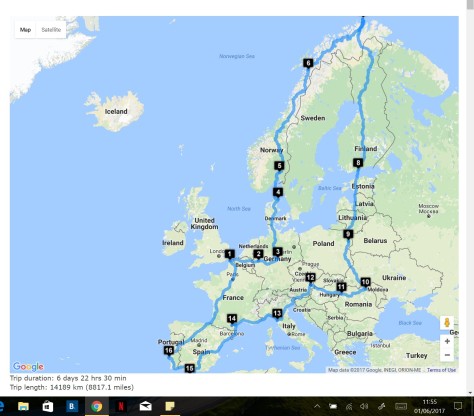 I am working to a plan that we will average 300km per day on the bike, if we manage this every day it will take us approx 48 days to complete the tour, leaving us with 12 days wriggle room.  This is not much – So the caveat will be that we may not make it to Spain & Portugal and if we do it will be done via the fastest route.

Mapping out the route Sofia and I had a laugh about it looking like a crooked foot, which was quite pertinent as I managed to tip the bike on a cattle grid the other day ( I had no idea it was there as I came round a blind bend and ended up being on it at the wrong angle)  whilst the worse we suffered were bruises thanks to the fantastic boot protection my foot managed to twist in the opposite direction of the bike when it went down – I don’t know the detail of the sequence of events but suspect I put my foot down to steady the bike and it slipped.  If not for the boot my foot would have been crushed from taking the weight of the bike, which is a scary thought!

Sofia for her part screamed blue murder so much so that an ambulance was called to get the all clear… she has since realised that she may have over reacted a bit, but considering it is the first time she has had a fall beyond a grazed knee when she was 5, I think she did well, and whilst I don’t want her getting hurt at all, I think it was a good experience for her to have in realising that falling is necessarily a death sentence. I don’t think that even the pain she felt in her foot has developed into a bruise! (it will definitely be an embarrassing mother story to tell when she is older :D)

So Europe 2017 will be the crooked foot adventure – I have a good feeling that it will be a lot of fun! 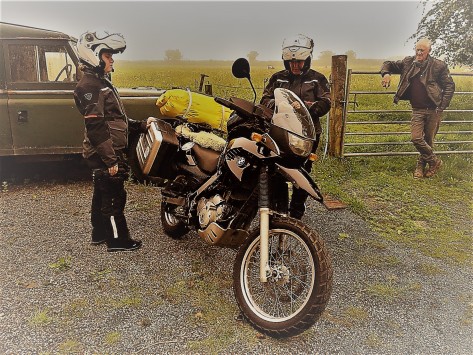