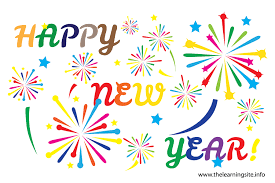 Firstly I would just like the thank everyone one for their continued support this year.   It has meant a lot to both of us as we have transitioned to a solo bike and toured around Europe in July an August on our Crooked Foot Adventure.  Thank you.

Going forward, 2018 is looking like an exciting year for us.  Firstly, I have taken the decision to take Sofia out of school and home school her until we have a more suitable placement for her needs.   As I said after the Europe trip, I was concerned about her focus, and as this last term developed it became clear that the reason she has no focus is because all her attention is on surviving the social onslaught (as it is for her) that she literally has no space for anything else, not even learning from her social experiences.  Rather she is putting layer after layer of acting with the sole purpose of being liked.   In effect her social age it that of a 2 year old in some respects (Autism is disordered development so some aspects can be mature and others very immature)  So like a traumatized 2 year old she is doing everything she can to keep the world around her happy and praising her and completely dismissing her own needs and when she is home she is apathic and demotivated – this is a very stressful state of being.  And because she has no space to process, it is a high risk that she will not develop and remain stuck at this development age and miss out on academic achievements that she is capable of.

The paper work is now in and we hope to hear back by the end of January, end of February at the latest.   The decision will dictate how the rest of the years goes.  If the placement is denied, then I will take it to appeal, a process that can take several months.

Either way, as soon as we have the placement we will be on our way to India for several months and hiring a motorbike to get around.   Sofia has shown an interest in Hinduism and Buddhism so it seems an ideal opportunity to expand her experience, and hopefully at the same time spend a few weeks in an ashram so that she can learn to meditate and manage her stress (perhaps a bit of yoga as well? I’m forever optimistic! hahaha!)  before she heads off to her new school.

The book of our journey through Africa has taken a turn in a new direction.  I know many are hoping to have an account of the journey published, but I’m afraid it may take some time before that happens as right now I am still too close to it.  So instead, I am turning it into a creative writing effort – a mother and daughter fantasy adventure.   The upside of this is that I can bring in so much more of the journey that isn’t possible in a travel book.  Sofia is also able to have a much more active presence but the best bit is that she is getting involved in its creation and is even going to be contributing some of her own work into the final product and is already working hard to that end.  Indeed it has become a whole new journey of its own and many elements of the Africa journey will be in it .  We are excited about it, I hope you will enjoy it as well when it is published – when will it be published?  I don’t know and hesitant to say anything more at this stage except watch this space.

Financially we are on the up and if it stays that way I am hoping that by the middle of the year I can start putting personal funds into the charity with a view to start looking at awarding grants to some of the charities we have met on our journeys in 2019.

So we have much on our plate this coming year and we look forward to it unfolding with anticipation.

We both hope you are looking forward to a wonderful 2018 as well and wish you all the best!